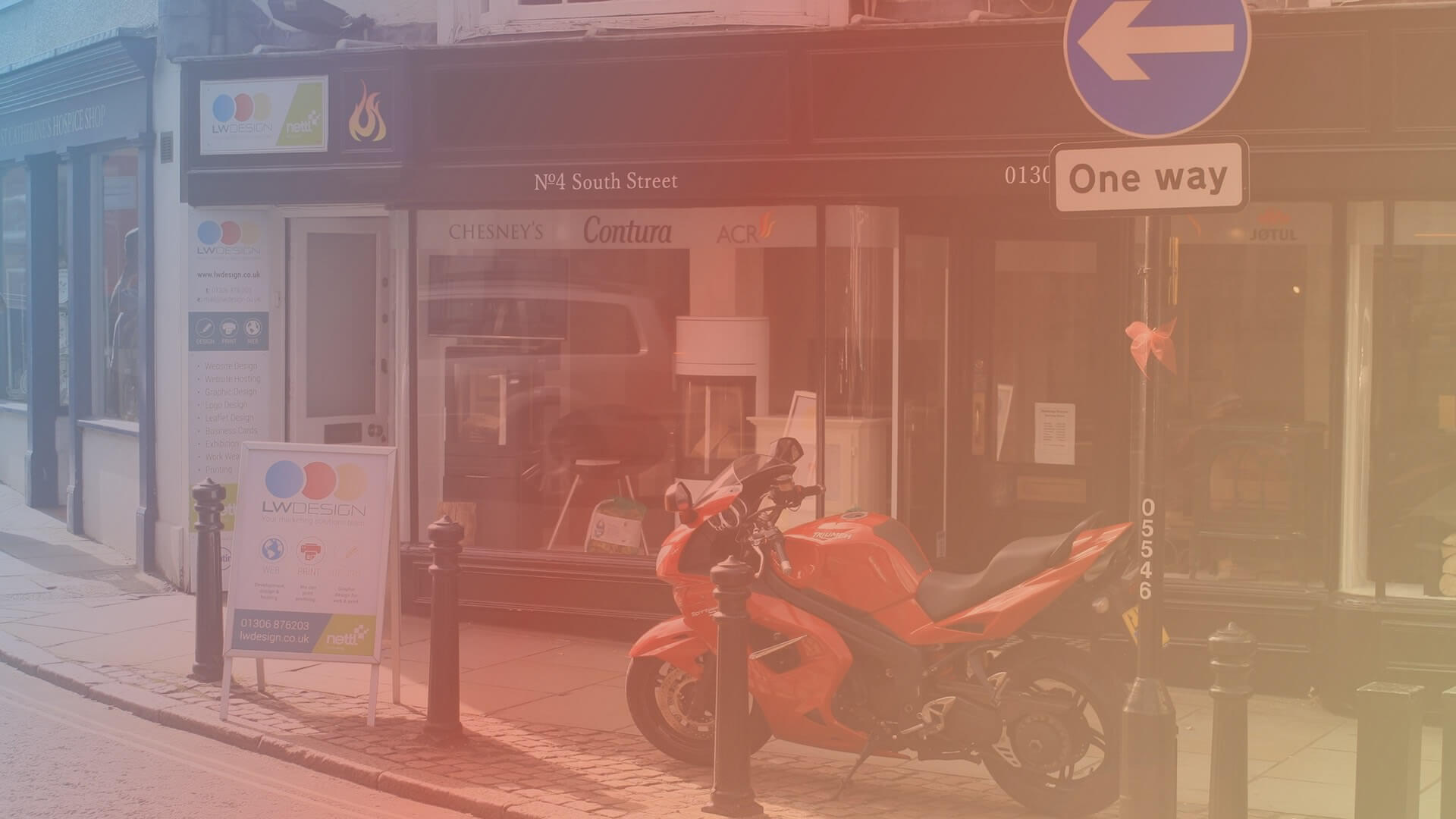 A History of the Building at Pump Corner

The building, a grade two listed property, has been the focal point of Dorking since the Middle Ages. Located next to the well it faces what was an open market place at the junction of the Reigate, Horsham, Guildford Roads.

The first recorded building on the site was in 1427, when rent was paid to the Manor of Dorking. Matilda Ashcombe paid seven pence a year for one tenement and Stephen Balhorne paid three pence for the shop beside it.

The earlier building on the site was a two storey gabled building. A dragon beam, which is still part of the structure, went across the front of the building, supporting the first floor, which hung over the pavement. At a later date the shop fronts were built out to the current line.

It seems that the West Street wing of the building was added in 1693. The two dated bricks by the rear entrance door marked TF 1693 would indicate this.

In 1835 further major work was carried out. Building on top of the previous structure, an extra floor with the current roof form was added. A dated timber (1835) sets the date for this work.

The building is easily located in records as the house next to the well. This makes it possible to trace the occupants of the building right back to 1427. In more recent history, the premises that is currently the Bathroom Shop, was established as a bakery business in 1779. Thomas Brown followed by his son John Brown ran the business and owned the property which consisted of a house, a shop, and a yard. They built the bake house, now part of The Olde Bake House, Antiques; the ovens are still in situ.

In the 60’s and 70’s the building became neglected. It was owned by Laings and The Coal Board Pension Fund, who hoped to redevelop the site. This was stopped by the building being listed in 1973.

Iain Lawrenson bought the building in 1979, using the Photo Optix premises as an addition to his Photographic Retail business. At this time he put in a new shop front for the photographic shop and upgraded that part of the building.

The Building, being now fully occupied, by tenants, is alive and well structured to go into the next century, adapted, as it has been throughout its history, to fit the needs of the time.

The Browns rented out the house and shop next door, now Photo Optix, to drapers called Marsh, described in 1841 as Robert & William Marsh, drapers and the use of the building remained largely unchanged during the nineteenth century and the first half of this century. Occupation of the building was fairly dense, there are indications that people lived in the cellar below Photo Optix as well as in the floors above.

The Pump was erected in 1779. Water was drawn from the well in the 1930’s when it is recorded that Mrs Spratley daily took water from the well; she apparently distrusted tap water.

He also carried out essential repairs to the roof and changed the rest of the building from factory use to retail, by putting in a shop front for The Olde Bake House shop. In 1993, with help from Mole Valley he enhanced the front elevations of the building. The 1995 upgrading of the building, which created the flats now live in, was some five years in the planning. The architect Graeme Sutherland created the current upper floor use of the building as a living space in areas of the building that had been derelict and boarded up. By taking down a hotch-pot of structures he created the courtyard entrance.

In 1996, the building received the Mole Valley Preservation Society ”Best Development Award”. It also featured in several magazine articles as a good example of utilizing space above shops.

When we moved into our studio, LW design Ltd took on the responsibility of adding to the buildings rich history and creating their own mark at the centre of Dorking.